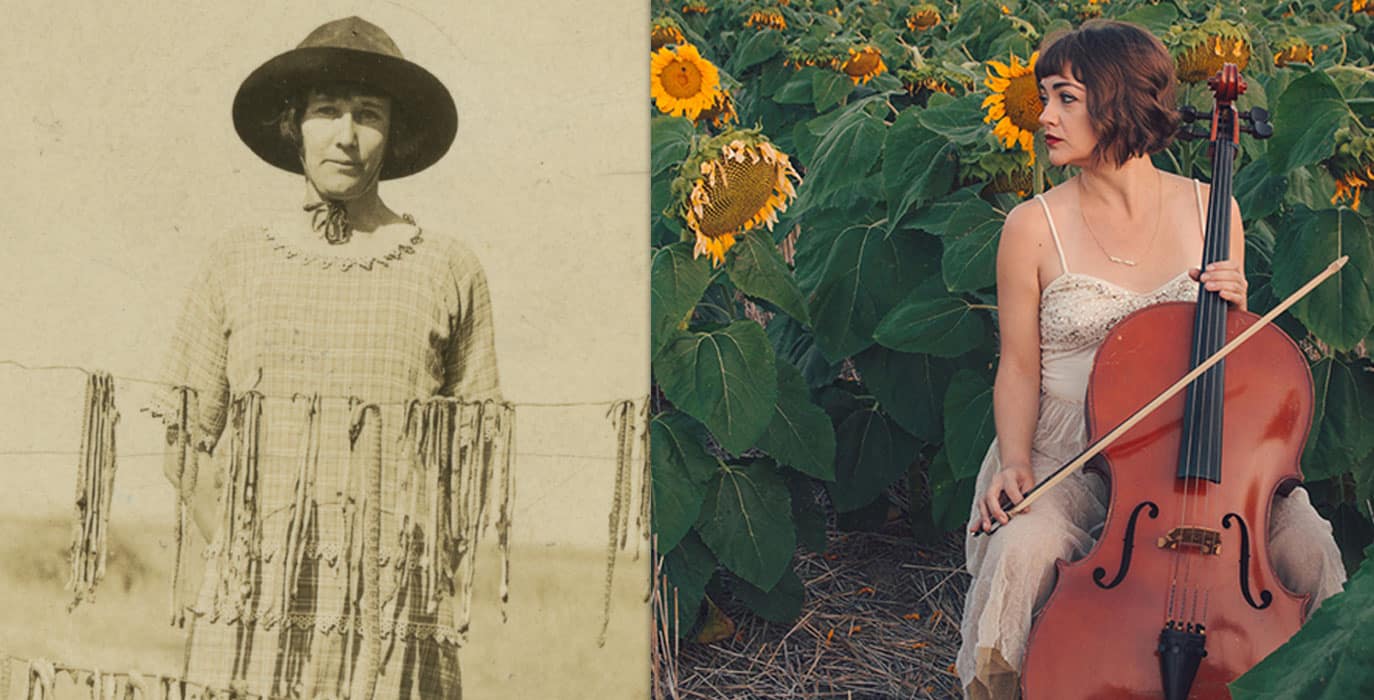 Greeley, Colorado has a storied history filled with some legendary women. From the pioneering spirit of Rattlesnake Kate to the entrepreneurs and business owners of today, these women made their mark on Greeley’s history, paving the way for future generations.

Possibly Greeley’s most famous woman is Kate Slaughterback, better known as Rattlesnake Kate. The early west heroine slew more than 140 rattlesnakes to protect her son, earning herself the iconic name and a place in Greeley’s history books. She recently enjoyed a brief renaissance through her portrayal by UNC graduate and former Lumineers folk-band member Neyla Pekarek in “Rattlesnake Kate” the musical. Kate’s rattlesnake dress, shoes, neck band, and inspiring story  live on at the Greeley History Museum, and her pioneering spirit continues to pave the way  for other notable Greeley women in today’s world.

With Women’s History Month upon us, we’re sharing stories behind some of today’s most inspiring women of Greeley.

Neyla Pekarek, a University of Northern Colorado ‘09 graduate, is a Grammy-nominated musician. According to UNC’s website, for eight years, she traveled across the world performing in front of massive crowds as a member of the highly successful folk-rock band, The Lumineers. Neyla was inspired by the story of Rattlesnake Kate and knew the story had  to be told. A quote from UNC’s website, Neyla Pekarek says “I saw her adventurous spirit and a woman who was unwilling to compromise regardless of the circumstances. That was really inspiring to me.”

Another UNC superstar making a different kind of mark is Ather Zia. Dr. Zia is an associate professor of Anthropology and Gender Studies in Humanities and Social Studies at the university. She is a political anthropologist, poet, short fiction writer, and columnist. According to her biography, in 2013 Ather’s ethnographic poetry on Kashmir won an award from the Society for Humanistic Anthropology. She is the founder-editor of Kashmir Lit and is the co-founder of Critical Kashmir Studies Collective, an interdisciplinary network of scholars advocating for the Kashmir region.

While some women’s impact goes beyond Greeley, there are manywho are making a difference locally – like Sharon Eberhard. She is the outreach specialist at Life Stories, a Greeley center that, provides advocacy and support for abused and neglected children by advancing coordinated investigations, prosecution and victim services. In Sharon’s words “My interest with the Court Appointed Special Advocates (CASA) program stems from my oldest daughter and her husband who adopted their four children. They fostered 11 children in their home during a span of nine years. They speak highly of the experiences they had for each of the children’s CASAs and believe it is a program that does give the child a voice. I am very excited to be among such dedicated, caring people.”

Greeley is also home to many prominent female business owners who found the city highly conducive to entrepreneurship. One of these business owners is Ashley Oslon, owner of Shop Free Leaf. Free Leaf stems from the inspiration of the outdoors and nature and has branched from the desire to be free and healthy. The businesses sells sells tea and other handmade goods. Ashley says “Free Leaf is a reliable source for health, high-quality goods and is an outlet for our community, and local artisans.”

Another local entrepreneur is Ashley Fusco, the co-owner of Raven Sign Studio, a local downtown Greeley sign and banner shop. She is well regarded for excellent customer service and their shop produces quality work everytime.

Greeley business leader Cheri Witt-Brown is the executive director of the Greeley Weld Habitat for Humanity. Cheri leads the way in residential construction. Her father owned a home-building and real estate company and she is making a name for herself in a similar space.  With her construction background and love for non-profit work, Habitat for Humanity was a perfect fit. She returned to Greeley, the town where she was born, to lead the effort and give back to her local community.

Lori Veenendaal is the inventory controller at Burris Optics in Greeley, working in the company’s plant to assist machinists and pull parts for scope assembly. She is also the daughter of Burris’ President Emeritus, John McCarty, with a unique perspective as a woman who has worked in the outdoor industry for almost 20 years. “It’s really interesting being a woman in the industry,” Veenendaal said. “I felt like I had to prove myself more than the men…be sure about what I knew.” However, she’s seen a shift in the workforce, especially in the past 10 years, as more women joined the plant in hands-on and technical roles. Veenendaal said it’s not a change isolated to manufacturing – women are becoming interested in the industry and are now one of the the fastest growing audiences. “The company itself has acknowledged the change,” she said, “[they] really want women to get involved.”

You can’t mention Greeley, Colorado, without mentioning it’s breweries. Wiley Roots Brewing is a majority female-lead brewery. One of Wiley Roots co-founders, COO, and director of sales is Miranda Carbaugh, responsible for getting beer into the hands of Wiley Roots fans.

Greeley, Colorado has come a long way since the days of Rattlesnake Kate. But one thing is  certain, the fierce independence, fortitude, and love for community is still strong amongthe modern women of Greeley. Forging a new path, these women are at the forefront of education, advocacy, business, and community in a city they are proud to call home.

Do you know a woman who is paving the way for future generations in Greeley? Share Your Story here and read more about My Greeley from the community.