A Musical Adventure that Begins in Greeley, Colorado 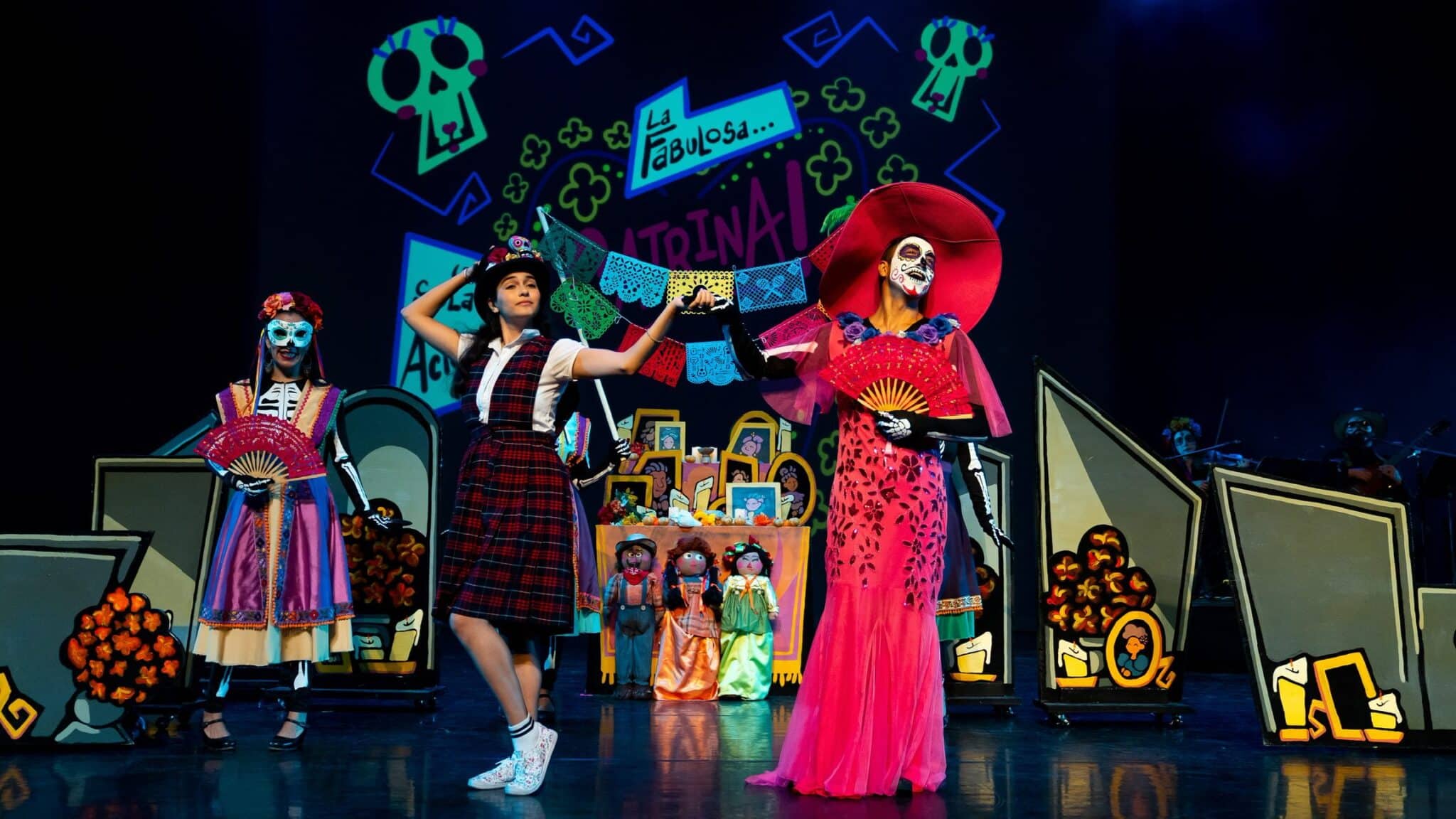 While Greeley, Colorado, may not stick out as a tour location for “Sugar Skull! A Día de Muertos Musical Adventure,” it’s where an essential friendship began—one that sparked an idea for a musical.

Two of the show’s original collaborators, playwright and casting director Gregory Jafari Van Acker and creative producer Leah Keith may have launched their careers in New York City, but their creative collaboration started as fellow students at the University of Northern Colorado in Greeley.

They sat next to each other during an audition, both making an impression on the other.

“I was infatuated with her speaking voice, and she by my all-white outfit,” Van Acker said, jokingly.

From seatmates at auditions to the same dorm floor their freshman year of college, Van Acker and Keith crossed paths again.

“I remember moving in and hearing someone singing very loudly down the hallway,” Keith said. “It was Gregory.”

There was more than just a bond of circumstance and shared interests. Both instantly connected as students of color, although this wasn’t something they had language for in the late 90s, early 2000s.

“People of color wasn’t a term,” Keith said. “Even knowing how to speak about it… That wasn’t a thing.”

During their formidable college years, Van Acker and Keith faced growing tensions between the opportunities they found at UNC and the obstacles they faced as minorities. Both thrived under the instruction of professors like Monte Black, area head of dance at UNC, and former professor of theatre Heather Hollingsworth, and remember spending hours digging through scripts and audio recordings in Michener Library.

However, as minorities, both felt they had to navigate certain “molds” in the arts community, which made it difficult to find their place.

This is an area the University of Northern Colorado continues to address with its minority students, through the continued growth of resources like the Cesar Chavez Cultural Center and its progress to becoming a Hispanic Serving Institution (HSI).

In a 2021 press release announcing UNC’s HSI initiative, Chief Diversity Officer Tobias Guzmán stated, “As a university committed to putting students first, we recognized that we have some work to do to ensure we’re serving and promoting the success of all of our students.”

“Kids today have access to so much helpful, developing language, right at their fingertips,” Keith said. “We didn’t have that yet, so we really had to find the people who understood us.”

“We had to learn to trust our own instincts and ideas, and uplift ourselves and each other, because we didn’t fit the existing molds,” Van Acker said.

When their journeys moved away from the UNC campus—Van Acker dropping out of UNC after three and a half years and Keith graduating and later moving to Spain—both kept strong ties to the people they met in Greeley.

“I was embraced by members of the community,” Van Acker said. “There was a tremendous amount of love, especially in the Hispanic community.”

Van Acker finished his degree at Empire State College in New York. His journey turned to childhood and elementary education, specializing in theater performance and writing scripts for young audiences.

After a successful career as a professional flamenco dancer, Keith transitioned to the agent and producing side of the performing arts field. Her husband, Peter Bogdanos, is co-founder of Mexico Beyond Mariachi, and together they began to brainstorm how the company could develop larger projects to be featured at performing arts centers.

Their idea was to use what the multicultural ensemble already had—songs, dances, and Mexican traditions—and thread these elements together with a story… and for that, Keith needed a playwright. So, she brought in Van Acker to help find the link that would fit the pieces together.

Bringing the Adventure to Life

Van Acker said his concept for the story came from an interest in his heritage, as someone of Persian and Greek descent.

He started to thread this idea of being a young child curious about their history and heritage into a narrative tied to the Mexico Beyond Mariachi art forms. He described the flow of the story as an “advent calendar,” with exciting discoveries coming together to create a complete picture.

Workshopping the play started in Acker’s apartment on the Upper West Side of New York. He was joined by Sinuhé Padilla, “Sugar Skull’s” composer and music arranger, and together they acted out characters and swapped ideas, shaping the musical into what it is today.

“You don’t know the meaning of imposter syndrome until your curtains are hot glued as a costume,” an Acker said.

In 2018, Van Acker and Keith’s vision came to life and “Sugar Skull!” launched its first performances, followed by a 30-city tour in 2019, all produced by Rhythm of the Arts.

Not only is “Sugar Skull!” coming back to the place where Van Acker and Keith first started their friendship, but when the musical launched its Kickstarter campaign in early 2019, Acker said they were touched by the number of former UNC classmates that supported their project.

“To have the opportunity to work with one of my dearest friends on the planet, have it be something we can share with family and loved ones…it feels like a triumph,” said Van Acker.

Keith shared that bringing the project back to Greeley felt, “very validating.”

“In undergrad, when you are that young, things can be fraught,” Keith said. “You think you know where to go, but looking back, you see you were supported. Things might not have worked out how you thought, but things happen for a reason.”