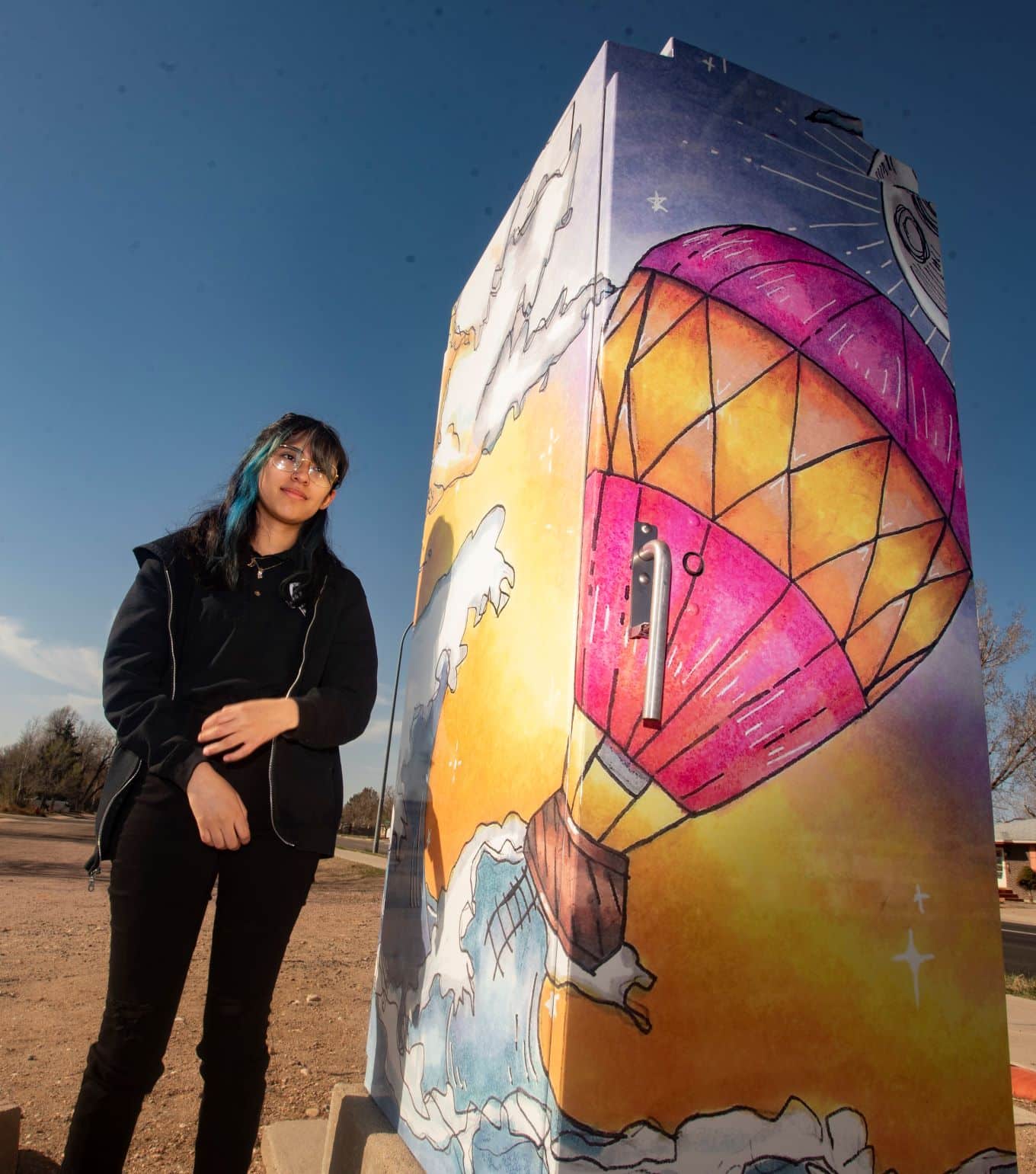 “My mom is so supportive,” Ortega said. “She is always buying me art supplies.”

So, one can imagine how excited Ortega’s mom was when she learned her daughter had won a contest through the city of Greeley to have her original artwork displayed as a cover for an electrical box at the intersection of 4th Street and 35th Avenue, not far from where Ortega attends eighth grade at Franklin Middle School.

“It was just a rush of excitement,” Ortega said when she learned in early April that her artwork was selected. “My mom was really excited. She has it framed and hung it in the living room.”

Ortega’s artwork that now adorns the electrical box is a depiction of a hot air balloon, floating in the wind over waves and heading toward the moon. She said it took four attempts to get the drawing to where she wanted it.

“I had 10 submissions from students for the contest and they were impressive,” said Franklin Art Teacher Sarah Zimmerman. “When I say Gema’s I thought, ‘This might be a winner.’”

In addition to her art being displayed for all travelers on 4th Street and 35th Avenue to see, Ortega also received a $450 prize. The city has solicited art from many different sources to help beautify areas and cover everyday items such as the electrical boxes.

Ortega said all her practice in those seven sketchbooks paid off.

“Art is a lot of practice and perfecting your skills,” Ortega said.

Next year, Ortega will attend Early College Academy, following her older brother and sister. She hopes to someday incorporate her art into her career, maybe as a psychiatrist or even a concept artist. For now, she will continue to create art, which extends to working on embroidery projects with her mother.

“We work on projects to decorate the house,” she said. “It’s really a way to relax and create.”