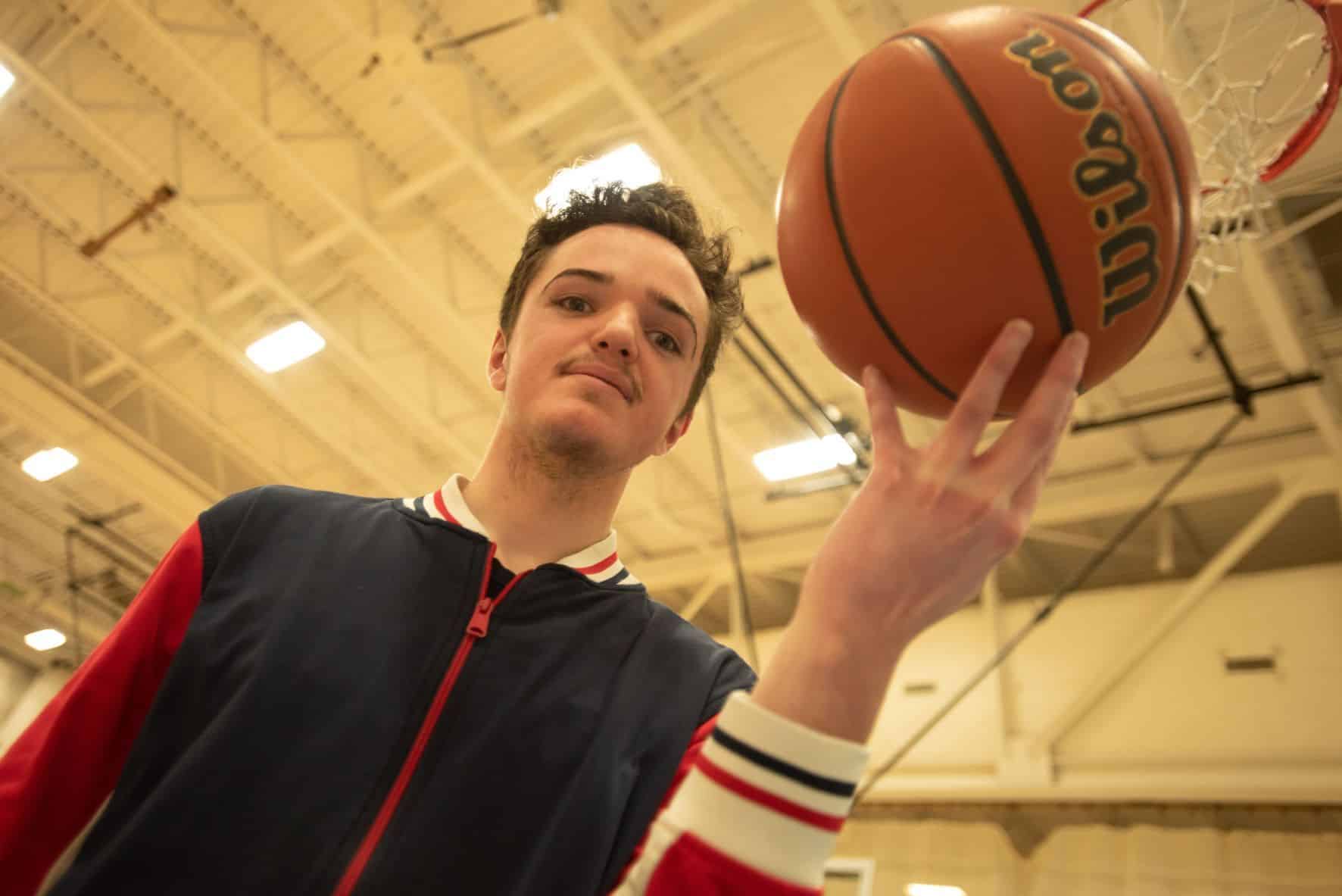 Camden Price has just accepted the fact that he is a bit of a celebrity at Greeley West High School.

The senior and Unified Basketball Team standout has generated a lot of buzz lately for the half-court shot that he easily sank at the buzzer during a tournament at Fort Collins High School on Feb. 26. A video of the incredible shot was posted to the Greeley West Athletics Facebook page, and soon it was being shared and has been viewed by nearly 2,000 people.

It was even shared on 9News Denver.

“This is the first time my basketball skills have gone viral,” Camden said. “I was just running and jumped and made the shot. It felt great!”

“You should have seen the round of applause he got after he made that shot,” said Unified Basketball Coach Judy Smaic.

Camden, 19, has played basketball since he was in middle school. He made the Unified Basketball Team at Columbine High School in Littleton his sophomore year, and has worked at perfecting his half-court shot.

Working on his basketball skills is something Camden knows he has to do to continue to improve. He is good at layups, and is now working on his backward shot and is even close to dunking the ball.

His dream would be to sink his now famous half-court shot at a Denver Nuggets halftime. “I practice every single chance I get,” Camden said. “I am pretty good at defense, too. I like basketball because I like the sound of when I make a basket.”

Camden said he likes being a student and athlete at Greeley West. He transferred just this year, but he said he likes his classes and teachers, and, of course, being on the Unified Basketball Team. He said his teammates are “great” and supportive, especially when he sinks those three-point shots.

“They were excited for me,” he said. “It was pretty cool.”

When he isn’t in class or playing basketball, Camden likes to listen to rap and hip-hop music, watch a little TV, and work out with weights with his teacher Jason Renouf.

But, he won’t turn down the opportunity to show off his basketball skills. And he is enjoying his 15 minutes of fame.

“My grandma even called me when she first saw the video. She was really excited for me,” he said. “Lots of people have seen it.”