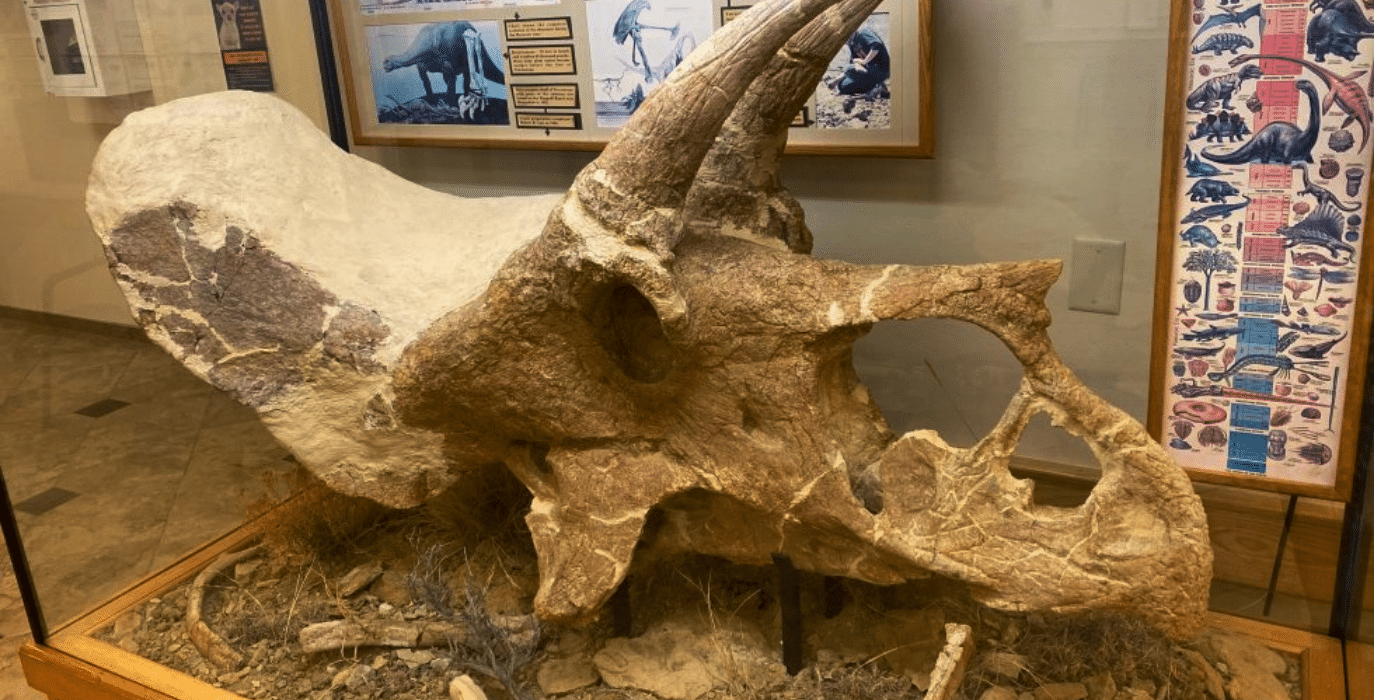 What has three horns, a skull as long as seven feet, and commands the attention of museum owners across the country? The Triceratops. And Weld County has one of its own that has gained fascination from across the globe among dinosaur aficionados.

Residents call the discovery Pops the Triceratops, who has become one of the local celebrities with a fascinating story. This is the first complete Triceratops found in Colorado.

Pops The Triceratops’ story began in 1982, like so many others having been discovered in a remote part of the country. Pops’ skull was found in northern Weld County on land owned by Mr. and Mrs. Roland Mapelli near Briggsdale. The Mapelli family donated the fossil to Weld County Government in 1986. For 34 years, Pops (the name Weld County employees chose) has greeted visitors to the Weld County Centennial Center and later the Weld County Administration Building, located in Greeley.

Being transferred from private to public ownership, however, left some gaps in Pops’ story. This type of fossil had never been scientifically studied — until now. Fort the last year, Dr. Joe Sertich, Curator of Dinosaurs at the Denver Museum of Nature & Science, and his team have studied and are working to restore Pops before returning him to Weld county for display later this year.