Becoming an Advocate: A Farm-to-School Family Affair at Hoffman Farms 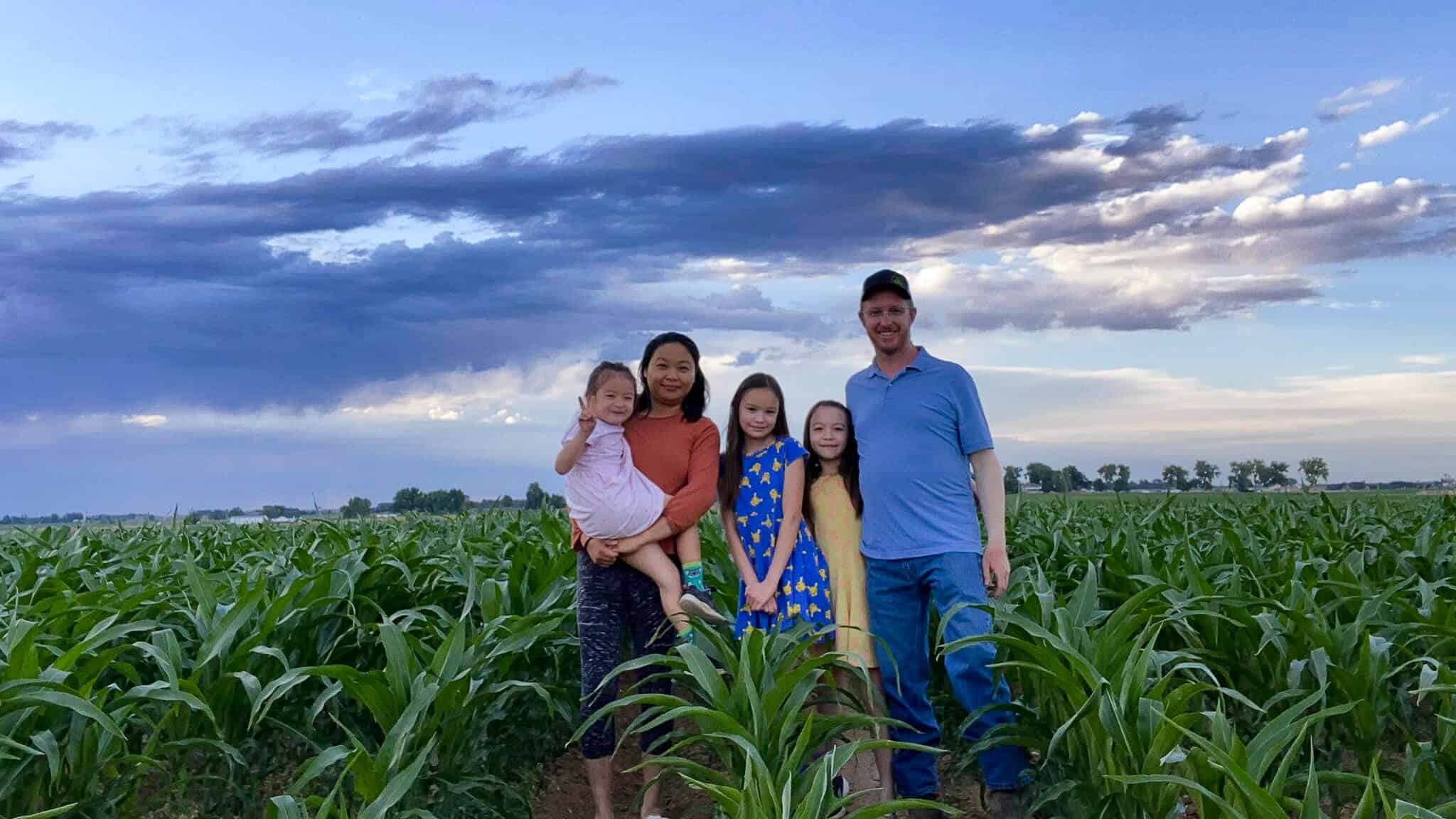 It all started with sugar beets.

That’s how Derrick Hoffman fondly remembers his family’s evolution into farming, which started with his great, great grandfather Jacob Hoffman emigrating from Russia to northern Colorado in 1903.

Back then, Russian and German farmers helped pioneer beet crop cultivation in Weld County, and before long, they became a staple in the region. By 1920, Greeley manufactured one-fourth of all sugar sold and consumed in the United States.

But the next generation of Hoffmans didn’t stop at sugar beets. When prohibition was repealed in Colorado in the 1930s, Derrick’s grandfather saw value in barley production as both a commodity crop and an essential ingredient to an emergent beer industry.

Fast forward to the 21st century and, according to the U.S. Department of Agriculture, Weld County added more than 500 farms between 2012 and 2017. Importantly, the number of farms with small revenue—less than $1,000 in sales—grew by 27 percent over those five years, accounting for 38 percent of all farms in Weld County.

Today, Weld County is arguably one of the best places in the country to grow a farm.

Greeley’s ag community is what sets it apart, says Derrick Hoffman, whose sixth generation Hoffman Farms, LLC, continues to thrive as a family affair. With wife Hanmei—who grew up on a farm in rural China—and their three young daughters, the Hoffmans specialize in growing fruits and vegetables from their 100-acre farm on the north side of the city. Last year, Hoffman Farms produced 249,000 lbs. of fresh fruits and vegetables and 1,000 tons of feed corn for local dairies.

“I didn’t necessarily plan on becoming a farmer,” says Derrick, who had a 22-year career in information technology first with Thompson Valley High School and then with the University of Northern Colorado. “But, I always had a garden.” With the help of Hanmei, who serves as co-owner and runs the business side of the farm, Derrick has expanded into commodity and institutional markets.

In Partnership with Greeley-Evans School District 6

In addition, Derrick himself has evolved over the years, becoming an advocate by lobbying for access to healthy, fresh local food. In 2008, Hoffman Farms was one of eight in-state agricultural producers to partner with the Greeley- Evans District 6 Farm to School Program, a then new initiative connecting schools with local farms to serve healthy meals to kids, to provide education about food and how its grown, and to support local and regional farmers.

“Coming from the schools and having a background in farming, it was natural for us [to get involved],” he says.

The D6 Farm to School Program, an early entrant among school districts, rapidly grew thanks in part to its relationships with local farmers such as the Hoffmans. Kara Sample, assistant director of nutrition services for Greeley-Evans School District 6, noted that the district’s local purchases surpassed $1 million annually in certain years. Then, when the pandemic hit, “we hit a roadblock and our local purchases drastically declined,” says Sample. Despite this setback and with the help of a recently hired coordinator, “we’re ready to revive our robust Farm to School programming throughout D6.”

Since the start of the pandemic, Hoffman Farms’ activities—and advocacy for access to healthy food—have only grown. With dramatic shifts in food supply coupled with decreasing access to healthy food, the Hoffmans saw a significant increase in demand for the farm’s fresh produce especially among low-income populations. As a result, Hoffman Farms, refocused its activities, and today, the farm also delivers fruits and vegetables to distribution warehouses along the Front Range that feed underserved communities including the East Denver Food Hub, the GrowHaus, and Boulder Valley Farmers Market WIC and food assistance programs.

In spring 2022, The Hoffman family traveled to the state capitol to testify in support of a bill sponsored by Hunger Free Colorado that would have allowed the expansion of universal free lunches to all students whether they qualify for subsidies or not. The bill, supported by a coalition of parents, teachers, nutritionists and farmers, was an effort to reprioritize federal dollars to feed more children than it did before the pandemic. (While the Healthy Meals For All Public School Students stalled in the legislature last spring, a version of the bill will be on the Colorado ballot this coming November.)

For Derrick, producing more and advocating for those less fortunate is part of Hoffman Farm’s long-term mission. And he gives Greeley some of the credit for making it easy. “In agriculture, you go big or go home. But Greeley’s got a supportive ag culture where everyone is in it together. Greeley is great!”

Do you have a quintessential Greeley business or initiative? Share it with us and help write the next Greeley story. Or, read more about Greeley’s vibrant market of family-owned local producers that showcase why our city is “a story best lived in.”