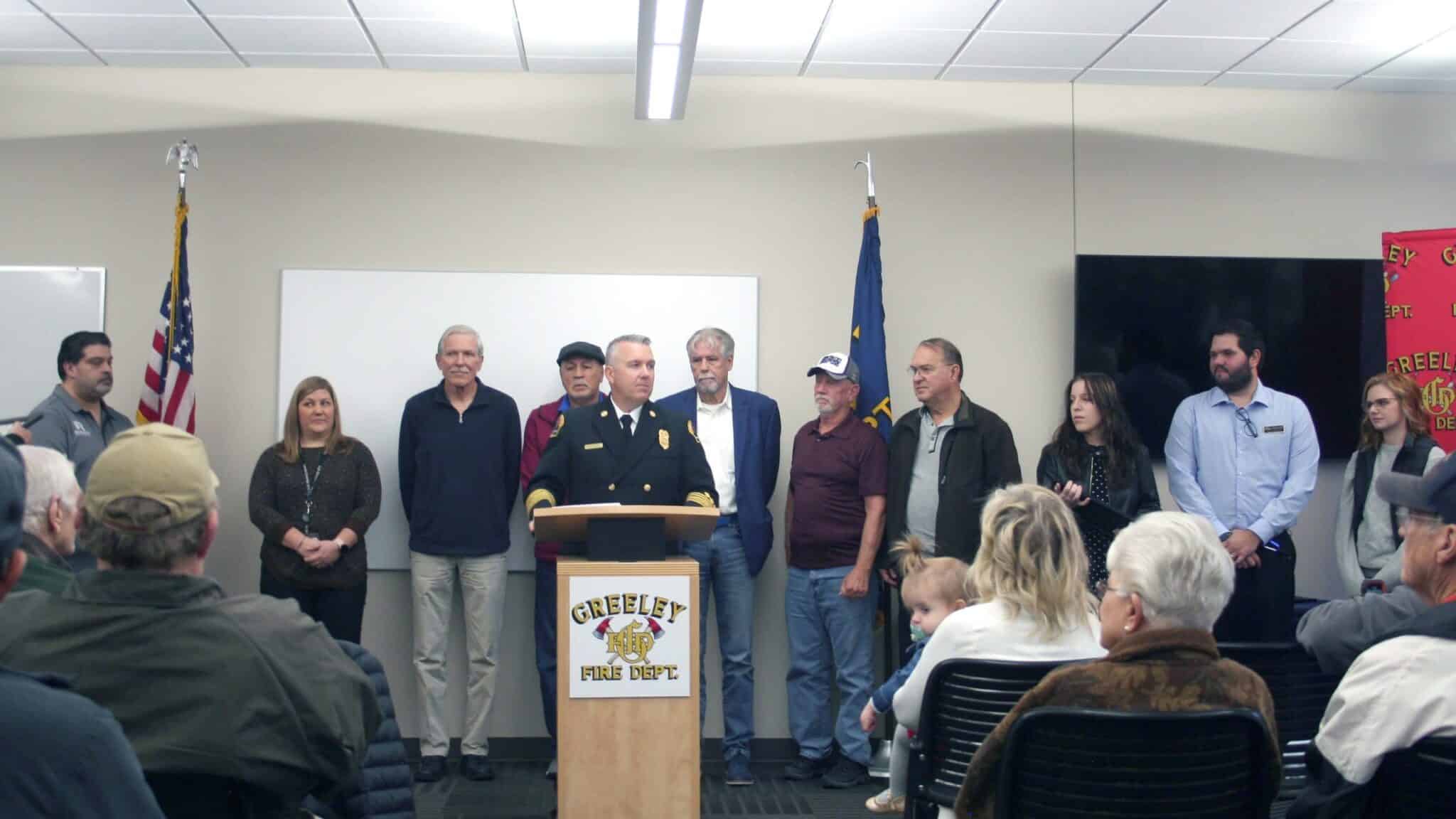 Last month, Tom Crawford experienced sudden cardiac arrest while playing basketball while at the Greeley Recreation Center. He survived thanks to the quick actions of his friends and teammates, the facility staff, Weld County Regional Communications, Greeley paramedics and firefighters, and medical staff.

Early in the morning on Oct. 4, five Greeley residents visited the downtown Rec Center, just as they did every other Tuesday morning. Each checked in at the counter and headed to the auxiliary gym for a game of pick-up basketball among friends.

As they walked through the gym, they passed the facility’s Automated External Defibrillator (AED). They didn’t realize it would later be used to resuscitate their friend Tom Crawford.

In the midst of the game, Tom suddenly collapsed, experiencing sudden cardiac arrest. As he lay lifeless on the gymnasium floor, his friends jumped into action. They immediately started CPR and notified city staff. The staff members onsite took over, deployed the AED, and called 911. Emergency crews arrived and took over care.

Because of this swift, critical response, Tom slowing began to show signs of life. By the time medics loaded him into an ambulance, he was even speaking again.

The Greeley Fire Department (GFD) held a small, special ceremony to recognize that quick work and the lifesaving actions performed by 17 people that day.

As Fire Chief Brian Kuznik said at the ceremony: “It takes a village to save a life.”

At the ceremony, Kuznik recognized 17 people.

Download and read the complete transcript from the pinning ceremony.

In 2013, that vision became a reality when the City of Greeley achieved the Heart Safe City designation.

To date, and primarily through grants and donations led and supported by the NCMC Foundation and several other organizations, there are nearly 90 AEDs in the Greeley community and hundreds of people have been trained to provide CPR.

Kuznik thanked Kaiser Permanente for the donation of the AED used in the lifesaving action.

The Greeley Fire Department responds to thousands of calls each year.

Would you know what to when faced with an emergency? Greeley Recreation offers heart saver first aid and CPR training so you can prepare yourself for a medical emergency and learn basic first aid. Become trained in proper CPR techniques and the use of an AED machine.